The compression and stretching munges the data in a way that reduces their usefulness for science while still allowing the public to ride along with the mission.

Any publication that would publish an outside scientist's work on poorly-documented, uncalibrated, lossily JPEG compressed image releases is not a good publication, and meanwhile, we can all enjoy the excitement of seeing the encounter unfold in near real time. Alan Stern has always engaged closely with the amateur image processing community; indeed, he has been a member of , and active participant on , unmannedspaceflight. He has vocally supported raw image release as a great way to engage the public, a public whose advocacy for a Pluto mission is partially responsible for the successes of this week.

I know I'm not the only member of the amateur image processing community that has lauded him in our public talks for that support. So I'm not going to lie to you; I'm disappointed by the change in raw image release policy, and it hurt that the sudden halt of raw image release came as a surprise to me after I had been cheering for the mission's openness ever since the Jupiter flyby in It left me unsure what to do with myself for my last three days at APL after the flyby, a time that I had planned to be working on showing the public what they could do with the data that had been released to the Internet.

On the other hand, release of images within four to eleven days of their receipt is still quite fast, and given how much is happening elsewhere in the solar system, it's enough. Meanwhile, the weekly rate for New Horizons image release will encourage us space fans to turn our attention away from Pluto and back toward some of the other active missions.

All of the Opportunity cameras, Cassini 's ISS, and all Curiosity cameras have always shared their data with the world within hours of acquisition on Earth. Mars Express VMC also auto-posts data, when the camera is operating. Those four represent the gold standard for raw image release. New Horizons LORRI will be right behind them, with chunkier, slightly later, weekly releases of all their data, provided they stick to the most recently articulated plan. I expect Juno Junocam to join the list of raw image releasers when they arrive at Jupiter next summer. The New Horizons Project Data Management Plan PDF appears to stipulate that the full browse data set will be released just 2 months after it's received on Earth, though the plan written in includes a long out-of-date calendar for data downlink.

It's only once the data are in these public archives that scientists outside the science teams are supposed to do actual science work with it, because it's only then that the data are certified, calibrated, and so on; one reason we pay scientists to work on missions is to make sure that these calibrations are correct and that the data sets are well documented and properly understood, to enable other scientists to work with them. However, there are fears that opportunistic scientists will work on press-released or raw images and get that work published, scooping mission scientists who've worked so hard and not gotten their results out yet.

Over the years, I have asked many scientists for examples of these, and have come up with only two examples in more than fifty years of solar system exploration; both are borderline cases that involved people inside the missions that the work was supposedly scooping. I think that is not very many, and not enough to justify all the fear, but it's quite likely that I'm not aware of other examples of professional scooping. If you know of such examples, please let me know in the comments or by email!

Read more: New Horizons , Pluto , amateur image processing , explaining image processing. Become a member of The Planetary Society and together we will create the future of space exploration.


Be part of this epic point in space exploration history! For full functionality of this site it is necessary to enable JavaScript. Here are instructions on how to enable JavaScript in your web browser. Will they also take photos of Charon nightside by Pluto-light?

Looking for other ways to read this?

Emily, you are the 1 rock star of planetary exploration journalism! I simply can't express how much I appreciate your work, including these efforts to bring the public close to the data as soon as possible. Thank you for helping the science teams understand this perspective, and helping us benefit from those "gold standard" teams working on Mars and Saturn.

I find it rather depressing that mission scientists and NASA at large, perhaps more accurately seem to be completely blind to the catastrophic damage such unfounded paranoia results in: That is, the irreparable harm done in losing all momentum with the general public.

Pluto, and New Horizons itself, enjoyed an almost unprecedented in recent times bit of PR gold. It was everywhere you went this past week, and the mission was in the minds of the general public like few non-Mars missions have been dating back to the Voyagers. This publicity and attention is not a permanent thing, however, nor is it even long lasting by any stretch. Already, the hoopla and hype is dying back down. Rather than enjoying a cache of Plutonian riches, now the public at large will be left with remembering New Horizons as a smattering of up-close images.

This has a definitive price associated with it: When it comes time to propose or gain support for another planetary mission somewhere, instead of the layperson saying, "Fund that sucker Just look at all the priceless findings of NH," they'll instead shrug and say, "Space You just can't ever get back all that media attention and PR we enjoyed this past week, something now and forever lost Such a shame.

The Next Generation of Emerging Global Challenges

I couldn't agree more with Richard - this paranoid behavior is damaging to the cause of planetary exploration. It is also unethical - sorry dear mission scientists, but We The Taxpayers pay your salaries and should be considered the ultimate owners of all data generated by NASA space missions. Perhaps that largely imaginary uninvolved scientist who just downloaded the data and beat you to a discovery has as much a right to that discovery as you do.

Finally, there is another way in which this behavior is damaging. Perhaps the people who make these kinds of claims would be making them anyway. But do you really have to encourage them and "prove their case" by delaying data release? If all raw data from all our space missions was available on the internet in REAL TIME, that would go a long way towards discouraging the conspiracy mongering.

Current practices are practically asking for it. Perhaps it's time for the Planetary Society to make real time raw data releases one of its political lobbying goals. ReaperX - You bring up another good point, one almost entirely missing until your post. Yes, while the "our tax dollars at work" is arguable for any mission, NH is quite unique. Basically, if it weren't for the very society whose page we're all posting on just now and, hopefully, are all due-paying members in good standing , there wouldn't be a New Horizons It's strictly because all those many astronomy nuts and non-NASA planetary scientists cried out in unison that the mission exists.

Ultimately, this mission solely owes itself to the very same segment the team members apparently express paranoia about and disrespect with this particular policy. It wouldn't be anywhere near as irrational or questionable had this simply been par for the course.

The Next Generation of Emerging Global Challenges – Policy Horizons Canada

But after so very long where NH seemed cognizant of its origins and embracing of an unusual degree of openness and informational freedoms, this abrupt turnaround precisely when it does the greatest amount of harm to the future of planetary science is indeed most jarring and unexpected, if not somewhat insulting. I think the real culprit here is not the NH team, but Pluto itself. It has displayed such an unprecedented active behaviour that it is possible to do 'instant science' even on uncalibrated, compressed data. So, the NH team simply needs to have more time to put out the data with captions and explanations that have been properly discussed among the team.

Presumably NASA could override the delays and insist on instant release if they felt that the avalanche of publicity that Pluto has been getting needs to be maintained. We'll have to wait until Stern wtites his book about NH to get the full story! Difficult for anyone to add to the above excellent summaries of all the downsides. The guilty should be harshly shamed by their colleagues and communities! Pete: I respect that absolutely does seem to be a factor given the timing this went down. NH was exactly that, one that, it increasingly seems certain, was unprecedented as Pluto proves to be just as impossible as all us Pluto-nuts always dreamt it would be.

The secondary reality is such: We're not asking for spectroscopic readings to be released in real-time, or any of NH's other findings. 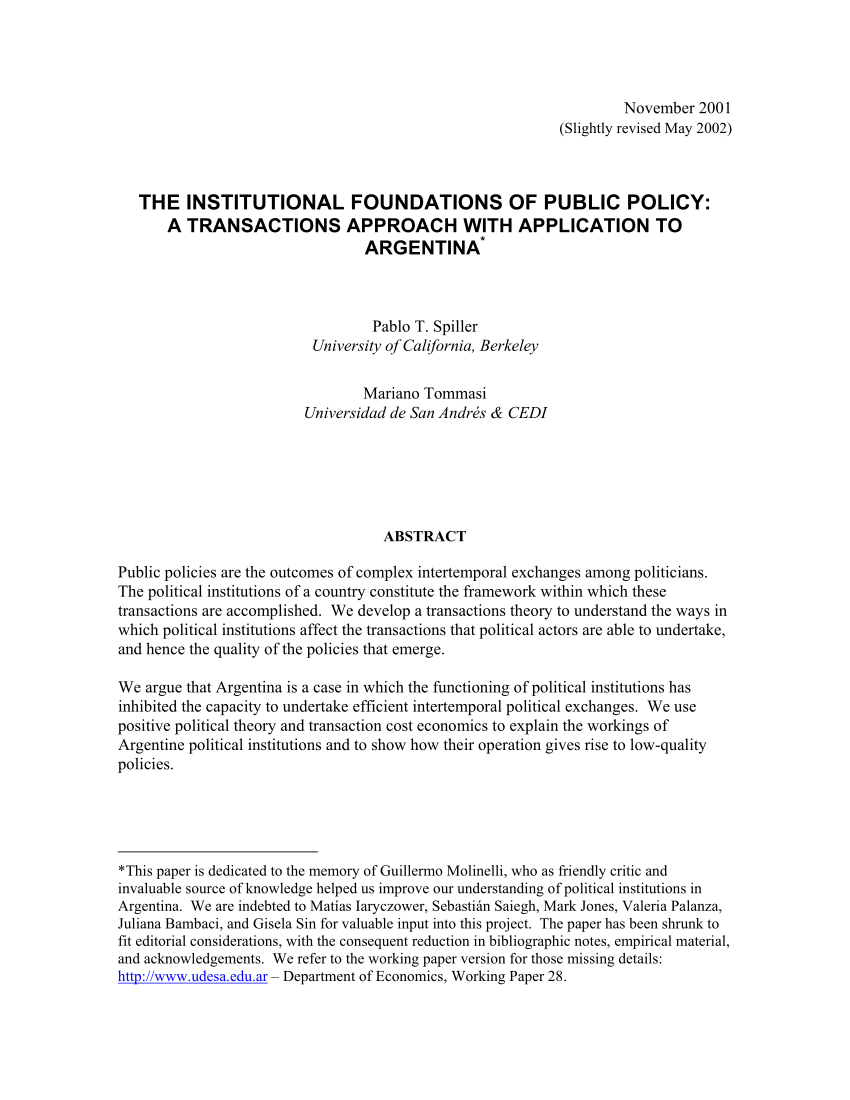 Just the imagery that could have captivated the public, and, just maybe, just perhaps, led countless younglings to grow up with Astronomy near and dear to their hearts, pursuing science degrees because those impossible images of Pluto they saw on the news as a kid awoke something inside of them - much as I'm sure all of us could relate countless stories about our youths.

Methinks not. Which dovetails with something that came to me after my last post What does this say to future generations considering pursuing doctorate degrees in such fields? Space limitations forced me to curtail my prior post more than I'd have preferred, but I do want to make one thing clear: It sounds like I'm singling out the NH mission and team, which absolutely is not the case - and I don't want it to seem like it is.

The NH team has been unusually open for a NASA mission, and they deserve all due respect for that - and all the other amazing work they've done. It's more endemic to NASA as a whole - and to the entire field itself. Any unprecedented findings, everyone hogs with exceptional fortitude so as to "make a name for themselves" when it comes time to submit their paper.

Emily's piece left this out, partly due to it not involving NASA; look up Haumea's discovery, if one isn't familiar already. A disreputable group of Spaniard academics essentially stole the discovery from M. Brown's team, by "sniffing" their public data prior to their announcement. It's a sad fact, but a fact nonetheless.

All I can say is that at least NASA isn't being like the ESA where they hog all of he images and data until their teams have gotten whatever credit from them they can before releasing them.