Be the first to ask a question about Writing Between The Lines. Lists with This Book. This book is not yet featured on Listopia. Community Reviews.

Showing Rating details. Sort order. Jun 01, Ann-marie rated it it was amazing Recommends it for: anyone. I'm actually a editor for this book. It's a great anthology if your teaching. It's a good collection of voices from a variety of conflicts around the world. There are no discussion topics on this book yet. About Kevin Bowen. Oxford University Press is a department of the University of Oxford.

It furthers the University's objective of excellence in research, scholarship, and education by publishing worldwide. Sign In or Create an Account.

And an arms race between Rome and … maybe Japan? And a wall across North America. And also slavery. Well, I thought, that all sounded cool. But yikes! Definitely too demanding for a first novel!

I remember everything. For so long, they were the centre of my life, and they continue to shape so much of it. Romanitas: Amazon Barnes and Noble Indiebound. Only three things from my very first draft survived until the final book: 1 the setting—I always knew I wanted a World War II-inspired secondary world; 2 people being hunted for magic tattoos—these grew into the marks two of my characters receive in the second chapter; and 3 the idea of a soldier returning home from war to discover that her little brother is an enemy collaborator.

It was this last idea that really defined how the book grew. Originally, Blackwood was a soldier in the army, rather than a sailor on a submarine, but I needed her to be farther from home to give her brother, Andrew, the space to distance himself from her emotionally. I needed to give Blackwood a secret big enough that the enemy getting ahold of it could mean the downfall of her own country, and I needed to give Andrew the motivation and means to take that secret and give it to the very people she hated.

So, before I ever had a pair of spies targeting the Blackwood siblings or an alternate world filled with monsters, I had Blackwood and her brother, two very very different people who could barely hold a conversation, pitted against one another in the most personal way possible. In the beginning, my big idea was as simple as a teenage brother lured to the wrong side of the tracks, and the guilt of the big sister who knew deep down that she should have been there to protect him. I had a big idea.

I was going to write about the murder of Shira Banki in Pride in Jerusalem in , and how it affected writing The Heart of the Circle. Selomon Teka, an 18 year old boy was killed a few days ago. The cause for his death changes according to whom you prefer to listen to. Either he was a trouble-maker who started a fight and threatened a police officer who tried to calm spirits, and got shot because of it, or he was innocent, just had a fight with his friend, and the police officer meddled for no reason, shooting him point-blank, killing him.

And that the boy was Ethiopian. Which means his skin was dark. When I write, I do so to deal with the real-world, when reality becomes too unbearable for me. I put all of my confusion and pain into my writing, and things feel better after that. I wrote about prostitution when I started working in a free STD clinic in south Tel Aviv and got to know the sex workers that came to me.

I wrote about trying to cheat death after a close friend died suddenly. I started writing about LGBTQ rights after that same friend, a few years earlier, explained to me what it means to be gay in our so-called free country. We talked a lot, and from those conversations Reed and Lee were born. The world in which my characters lived was way better in the first draft, but then Shira Banki was murdered in , and I realized what my story was really about. But the world clearly had different plans. People were blocking roads, throwing rocks, fighting with police officers, and burning tires.

When I say my country is in flames, I mean it in the most literal way. I have no words. Because what can I say?


People die in my country every day. We have many problems here and a lot of injustice. And in weeks like the last one we just had, I continue to wish more people understood those most basic human concepts: respect, acceptance, kindness. 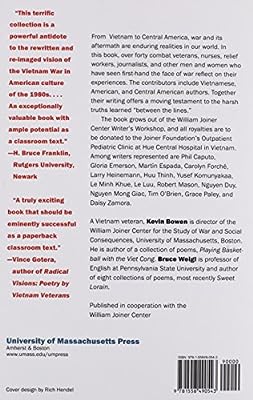 No matter what, there are always lawyers. But what happens when there lawyers… but not much law? This question came to me one hot summer day several years ago when I was working on my last novel, Tropic of Kansas. The characters I was writing that day were a pair of young fugitives, on the run through the ecologically devastated heartland of an authoritarian mirror America, chased by Carhartt militias and autonomous drones. And then one of them got sick, and had to turn himself in. What do you do when your buddy gets locked up in a dystopian prison camp?

I took my own break, ran an errand, and then stopped for a coffee by the side of the highway. And I immediately thought, what kind of cases would that kind of lawyer handle in my dystopian USA? Being one myself, I know lawyers can make a living helping navigate any legal system you throw at them.